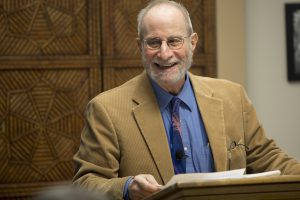 As an activist, Dr. Chuman has worked on behalf of human rights, civil liberties and in opposition to the death penalty, as well as many other progressive causes. He founded the Northern New Jersey group of Amnesty International in 1974 and currently serves as president of the Bergen County Sanctuary for Asylum Seekers, founded by the Ethical Culture Society of Bergen County. This coalition of religious and human rights organizations provides services for asylum seekers who are released from federal detention.

Dr Chuman teaches Human Rights at the graduate level at Columbia University, and has taught at the United Nations University for Peace in San Jose, Costa Rica. He has published numerous articles in the Record of Bergen County, New Jersey. He has also had articles published in The New York Times, The Humanist, Free Inquiry, Humanistic Judaism and other periodicals. He has had articles published on Ethical Culture and religion in several encyclopedias.

Here is a list of Dr Joe Chuman’s Talks

Dr. Joe Chuman discusses The Worse Angels of our Nature